Ultimate Battle highly recommends you take screenshots(proof) of the score at the end of your game.

Attach these proofs to the website using the Report Score button in your match, attaching the proof is compulsory for winner where as it is optional for loser.

Players are responsible for ensuring that their controller configuration is correct at all times.

Players can use only club or national team.

Players cannot use any custom made teams (e.g. Classic XI).

Players can only use formations which are already available in the game.

Matches must be played in their entirety unless both players agree to delay the match. The match must still be completed before the start time & date of the next tournament round, as listed under the Tournament Schedule.

Failure to complete a match before the start time & date of the next tournament round may result in one or both players forfeiting the match.

Players wishing to make substitutions or change controller setting must wait until the ball is out of play before making any changes.

Players must not pause the game when the ball is in play , otherwise it may be disqualify.

Utilization of game play aspects widely regarded as providing an unfair advantage or bad sportsmanship will not be tolerated. Any player found to be using these or unsporting behaviour ,will be terminated from the tournament.

The time played after this point will not be taken into consideration. 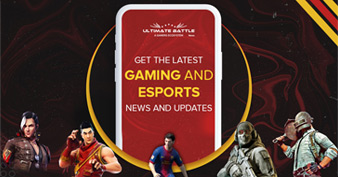 Tournament Disclaimer: This tournament is not affiliated with or sponsored by Electronic Arts Inc. or its licensors.

Network ID is your UID / IN GAME USERNAME / PSN ID depends upon the game.

Players with Game names Containing inappropriate and/or derogatory/offensive word(s) will not be allowed inside game rooms.

Matches may shuffle until the tournament start.

Register and get Rs 25 Bonus Cash

HOW TO INSTALL UB PRO App